Continuing my two-parter on life in my midlands hometown. I got a lot of response from many friends from Coalville on my facebook – publicly and privately. Feel free to add your memories of the place in the comments below and to share this post with others. Thank you to all of you who got in touch – wherever you are from 🙂

Further down Belvoir Road came my old school when I was in the juniors.

Many mixed memories of the school but perhaps most important was the year spent in Mrs Clayton’s class. Easily the best teacher I ever had and one I model my own teaching on to an extent, she taught us to have fun, to love learning and – in my case – that fiddling with your new digital watch continuously in front of her does not pay. 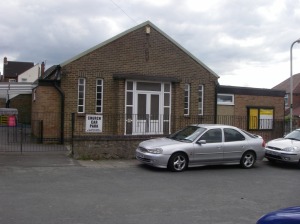 On my way to a very important part of my memories I passed by this church – James Street Full Gospel Mission. Coalville is and was, in many ways, a very religious town and I spent a lot of time in my youth hanging out at this place. I learnt everything that is good about religion there and everything that is bad. I spent many happy times walking there with my friends – many of whom I am still in contact with.

I’m proud of that.

Opposite the Full Gospel Mission is a path leading up to the Coal miner’s Cricket and Recreation Ground. I spent hours and hours there, playing on the swings and in the woods. Mostly I was skiving school which, as 8-12 year old boy, I hated but I came up on weekends too. It was very close to Palitoy – the most wonderful factory in the world because it made Action Men and Star Wars figures. If I could have lived in it, I would have.

We spent hours, as kids, making up ghost stories about the woods next door and about what happens to kids who trespassed over the hills into the mine itself. Of course, that meant we continually dared each other to trespass. I got more exercise running away from irate miners chasing me than I ever did in PE at school. 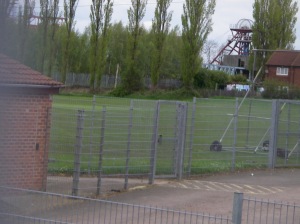 I’d deviated well away from central Coalville by this point so I meandered back to the centre. I knew exactly where I was going and hadn’t forgotten a single street. Some streets I would have liked to forget. One in particular was very difficult to walk down. But that story is not for this post. Every town has its dark secrets…

Back in town, where all the shops are, and I immediately saw this.

the death of a cultural icon

When we left for Bangladesh in 2008 the Global Recession hit immediately and Woolworth’s was one of the first hit. The shop still stands there, unused, indicative of how the economy has still not moved on yet. Woollies was an institution and a terrible loss to the country. We had a song at junior school called “Shine up your buttons with Brasso” which tickled us pink because it was pseudo-rude and we could get away with singing it on coach trips in front of our teachers. Woollies was an important part of that song and despite the fact my kids will never really know the shop now, I have taught it to them anyway to keep the tradition alive – much to the displeasure of their mother!

Opposite Woolworths is the shopping precinct. I spent more time on the roof than at the shops as it was a common evening entertainment for us kids to climb up and play chase with the police as we raced from shop roof to shop roof. Highly dangerous with electrical wires galore feeding power to night lights but we loved it. Today, in Bangladesh, I see kids the same age leaping from carriage roof to carriage roof on the trains as they pass by with the same look of glee we must have had, but considerably more danger. 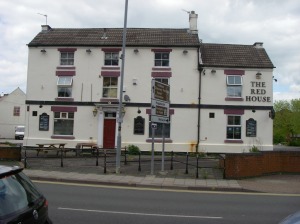 Round the corner is The Red House on London Road. An ordinary pub, as far as I’m aware, but another venue for our ghost stories. This pub was the scene of a murder most foul where the owner chopped his wife to bits and buried her in the basement. No idea if there was any truth in it at all – but it was well known to all us kids!

What you don’t see in Billy Elliot but was very true in Coalville – like many English towns – was the rise of the BNP, National Front and other organisations which were inherently racist. This shop here used to be an Indian/Bangladesh restaurant. It never, to my knowledge, ever opened properly because each time it was destroyed by racist thugs. Years later, I was told the family were still living there in a boarded up building, trapped in poverty. It is difficult not to wish bad things to happen to the people who were responsible for that.

Like I say, every town has its dark secrets.

Just up from this comes Christ Church, where my parents worshipped and Mum still does and where I was dragged along until I was able to choose if and where I would worship anything or anyone at all. Here, I had a short career as a choir boy (the voice broke almost as soon as I first got into the robes) and an even shorter one as Bell ringer (I was so lazy I made excuses not to do it after the second service). Still, there were some good people there and, on the whole, my memories there were quite good. There were some pretty girls I had my eye on when I was in Sunday school and that leads me to… 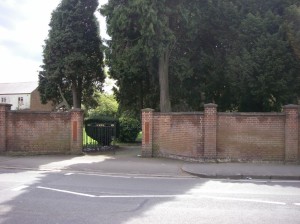 It was here that I had my first real (real real) kisses with one of the said girls who lived next door to the shop I mentioned in part one where I had my icy adventure. The cemetery was always open but away from prying eyes so was an ideal haunt for any young lad who wanted a lass to snuggle up to him. Just as well her dad never found out – I would have been in one of those graves if he had…

Later on, some friends took me to the pub up the road which we used to frequent once we had all got jobs and before we all got married and had kids. Technically not in Coalville, it was still a place I frequented a great deal in my later youth and so I’m attaching it to this little trip down memory lane. 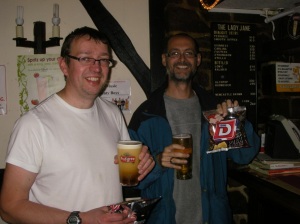 The Lady Jane has not changed in the slightest since I left in 1992. Seriously, the furniture and coverings are all the same. Even the dartboard we used to spend hours missing (I was not good at darts) was still there. While we sat supping a drink and reminiscing about the things we got up to here in our youth, a guy was setting up his equipment for a gig he was doing in the Lady Jane that evening.

Suddenly he gets out an amplified classical guitar and starts playing Queen on it brilliantly. We got chatting and once he knew I played guitar too he asked me to play so he could do a decent sound check. Next thing I knew, we were having a jam together and bluesing away. I might put the video my friend did of it on youtube at some point. It’s not particularly good but I was just in my element! Finally, 20 years on, I was gigging in my own home pub! What a pity there was no one there except us. Simon Cowell will never know what talent he missed that day.

the pub was already empty when I started playing – honest!

So, that was my home town as I remember it from my youth. I left 20 years ago and I’m quite amazed how much I can still remember!

When I watch something like Billy Elliot I am quite horrified but the kind of life most of us who were alive then actually lived. It is bizarre to think I roamed the streets and much further beyond without my parents ever knowing and got into all sorts of scrapes along the way. We all did really. Looking back, we had very little – no mobile phones, no games, no real computers and only 3 channels of TV that were not on 24/7! I could easily make this into a sob story of poverty but won’t.

If you could give me a time machine and ask me what time I would like to go back to I would definitely say this period of my life. Bizarrely, though some pretty evil things happened to me there (I’ve hinted, but not discussed those here), the overwhelming majority of the time spent in Coalville I would not change if I could. I did have fun exploring there. I did love that house despite freezing to death every winter. I did love spending all my lunch money on food from the Wing Chun just so could see the pretty girl there.

In Bangladesh we see a lot of poverty and some terrible things. Many bideshis  (foreigners) just come to change it all and some try to ‘make it better’ in quite a patronising way I feel. I just came there to be changed.

I think the ‘simple’ lifestyle people have on the whole in rural Bangladesh is rather wonderful even though I’m not blind to the difficulties. I don’t wish illness or accident on anyone. I believe in education to help someone to feed and protect their family and make a difference in their country. But I would hate it if I find, in 20 years from now, that the simple homes and lifestyles have gone and, instead, everyone is living the kind of life you often see in the UK today – complete with its narcissistic obsessions, selfish ambitions and hedonistic self-destruction. West is far from best.

It is good to remember who we are and where we came from. Maybe that will help us to avoid the common thinking of today which is “I want it and I want it now. This will be the thing to finally make me happy”. I remember Coalville and simpler times which brought hardships of their own. But I remember it with fondness and a sadness that I didn’t appreciate it at the time. Rather than pressing on with the thought “there must be more to life than this” maybe we should take stock of who we are, where we came from and be grateful for that. That goes for you if you’re British, Bangladeshi, American or whatever.

And if you’re from Coalville you have no excuse! 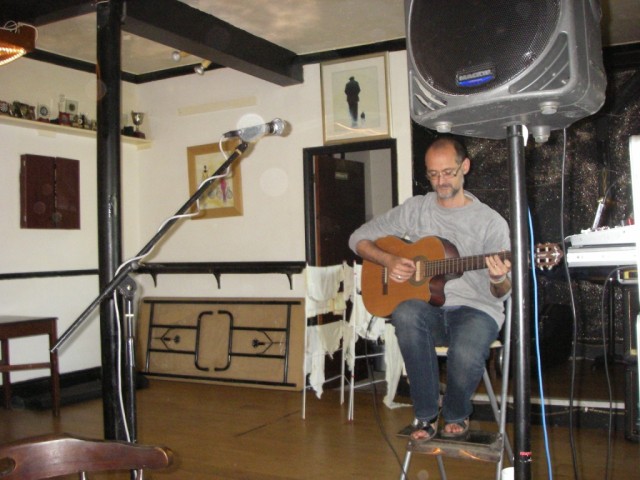 Finally I get that dream gig…

4 Responses to My Town – part two