Return to Darjeeling – The mystery and magic of Time

All photos in this article post were taken by my son who retains copyright except where otherwise stated. 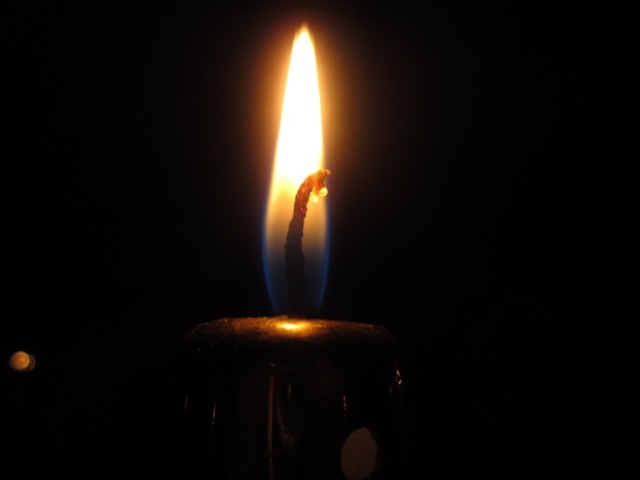 A suitably dramatic title, I hope you appreciate, that could have come straight out of a 1940s science fiction comic – and with good reason, as I hope you will see.

My family and I had been very excited about going back to Darjeeling. Four weeks earlier it had not even been an idea to entertain, but a surprise gift from our agency that pays for us to be in Bangladesh meant that a holiday was suddenly possible. With no tenant in our house in the UK for most of the last six months meaning no chance of saving any money at all, flying anywhere was out of the question. But Darjeeling is incredibly close to us – just up the road and left a bit, over the border, then carry on north until you run out of mountain.

Not that any of us were upset about not going further afield. Last year we went to Darjeeling after an epic tour of Kolkata – the city where my mother was born and raised in the last dying years of the British Raj (see here)– and we went on the recommendation of one of the British gynaecologists here at LAMB. Though we were physically wrecked through days of walking all over Kolkata, Darjeeling still blew us away. We were delighted to go there again – this time with fresh legs. 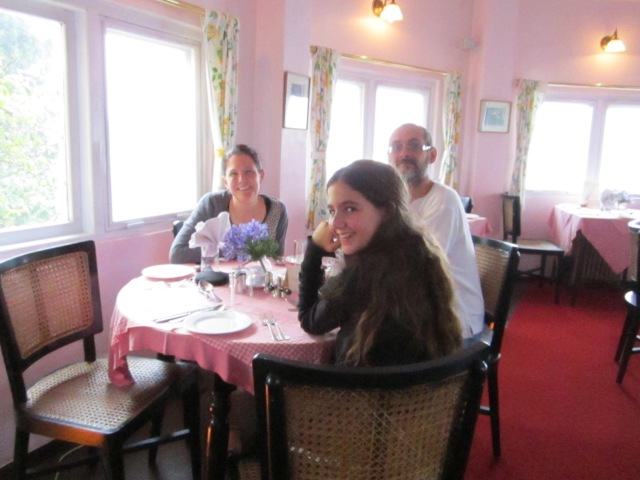 Eating in the Dining room overlooking the mountains and valley

So, off we went last month. My daughter and I, in the middle of writing our novels for JulNoWriMo, had been busy trying to cram in extra words to allow us the five days off and still get the novels written. It was a close thing but we both achieved our 50,000 words target within the month (see here). It meant we were free to relax and enjoy Darjeeling properly this time.

I have to say, if you are a ­costa-del-sol kind of a holiday-goer, all you want to do is sit in the sun and give yourself cancer and the nearest thing to danger you want to experience is to smash your brains out on alcohol, don’t come to Darjeeling – it’s not for you. Sorry. 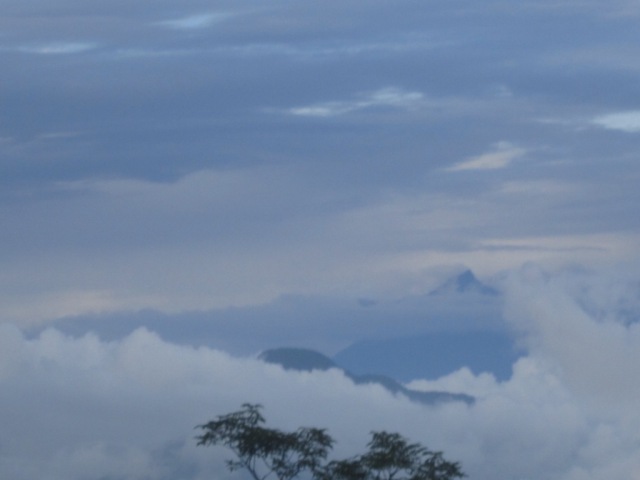 On the other hand, if you crave excitement, mystery, other cultures, beautiful scenery and a little magic in your life, Darjeeling is definitely the place to be. The most expensive part is getting here. We’re next door so it was cheap – just as well, we’re penniless charity workers – but flying to India is not cheap and not quick if you live in Europe or America. But once you’re here, it can be virtually as cheap as you like to stay. 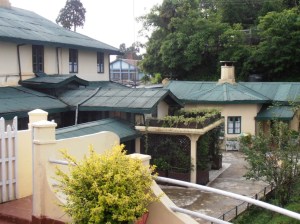 A view of the Windamere taken by myself

We came for something a little bit more expensive (but not much) – the Windamere Hotel.

We stayed here last year and loved it so much we pretty much didn’t go anywhere else. We were so tired after Kolkata that we just wanted to chill out. The Windamere staff enabled us to do just that. It’s like getting some kind of all-over body, mind and soul massage. There were plenty of other guests there but last year everyone made us feel so special and so welcome. Nothing was too much trouble for them.

This year we came in low season. It meant that the sky was foggy quite a lot of the time and it rained a bit, but it also meant we got the hotel very much to ourselves for most of the four nights we stayed. Well! That was a good move, I can tell you. The staff were even more attentive to our needs and desires. On our last night, we were given a special, private room and treated to a very special meal, compliments of the hotel. It made the holiday perfect. You come away feeling you’re leaving friends and not staff yet the level of professionalism is higher than I’ve seen in any Western hotel.

Our private soiree laid on just for us. One of the staff took the photo with my son’s camera

A lot of this comes down to Elizabeth Clarke, the executive director of the hotel, who has been running it since the late 80s on behalf of the Tibetan-Sikkimese family who own it since 1939. A former thespian, she is a wonderful character who comes round to talk with all the guests pretty much every mealtime – Breakfast, lunch and dinner. She eats the same meals we do and clearly enjoys working and living at the hotel despite doing this all the time. I can understand that. This is a hotel where time forgot to move on (you’re getting close, now, to understanding how I chose the title for this post). The Windamere prides itself on its British Raj-style running (this comes from the family and staff who are all local, remember – this is no silly white-person’s idea) and demonstrates that despite the fact the Brits got a lot wrong when we ruled India, when we got it right it living in India was a magical life. If you enjoy Downton Abbey and find yourself longing to live in that kind of era, then come to the Windamere and experience it delightfully.

scones and tea in the afternoon in front of a roaring fire – how perfectly civilised. 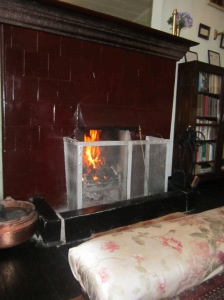 It’s not just the Windamere that does this though. The whole area has not changed fundamentally in one hundred years. Some of the shops sell electrical goods and other modern appliances, of course, and there are cars and things (and even internet though I never once considered logging on) but the feel and style of the place is still very definitely old world. The shops sell magical trinkets that ooze mystery and they come at a good price too. The stalls outside sell all sorts of clothes and fabrics, rugs and shoes for every budget. It has all the feel of the Asian bazaar without the sense of chaos that often comes with that. Darjeeling is peace and tranquillity itself. 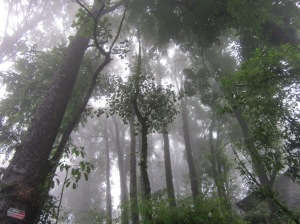 Even the teenagers here, laughing, joking and slinking around suspiciously in corners as all teenagers do, are model citizens in comparison to other countries. Mind you, I did find it funny when we found the only shopping complex (which had almost no shops in it all but those that were there were amazing) and we came across a bunch of boys from the local Buddhist school. They were all dressed how you tend to think of the Dai Lama but when they saw me and my son (the girls were off ‘ooh’ing and ‘aw’ing in one of the shops) they quietly laughed amongst themselves as if to say “hey look at those odd-looking foreigners”. These were boys completely at ease with shaved heads and wearing Buddhist shawls. We were the ones who were odd!

There was no litter, no graffiti, no vandalism and even the narrowest, dodgy looking street felt safe to venture down. The biggest worry to be nervous of was the monkey population but this year, apart from hearing them trampling over our roof on some mornings, they were nowhere to be found. Even when they were around (last year) they largely avoided humans. Just don’t try to throw a stone at them – they fight back. 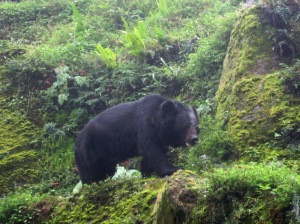 Of course, this peace and mystery and ‘old world’ feel may not interest some of you but there are other places to stay and other things to do here. There are museums and a zoo – which was pretty good actually as most of the animals have no cages (even the bear!) and all have large areas to live in which were clean and appropriate. There is a steam train running up and down the mountain which we’ve not used yet but looks wonderful. And for those of you much fitter and ready to risk life and limb than I, there are the Himalayan Mountains themselves. You can go pretty much as high as you like and, next to the zoo is a museum dedicated to the mountains and those who have climbed them. You can even go on advanced courses in mountain climbing here if you choose. If outdoor adventure is your thing, then you can do worse than go find Everest.

But for me, the magic came in being with my family. Both our kids are now reaching the age where the screaming and shouting at them to ‘damned well tidy your room’ is rapidly disappearing and they are turning into friends who we just enjoy spending time with. As most of you reading this know from other posts on this blog, my daughter and I have especially enjoyed writing together this summer vacation. My son, no less special in my eyes, has had less of a look-in on these pages recently so, today, I rectify that. 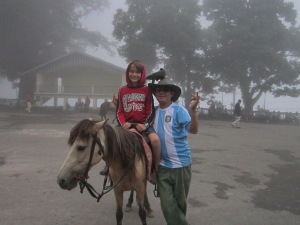 My son (he of ADHD fame from previous posts) has no fear of strangers and considers everyone he meets to be a potential friend. I read Rudyard Kipling’s Kim last year and he could have been describing my son in describing the title character (“friend of all the world”). The more interesting they are, the more likely he is to become instant friends. He befriended the donkey-wallah in the main square when he decided he wanted a second ride on one. This man had a pet bird that lived on his hat. By the time they had gone off somewhere and returned to the main square about 15 minutes later, they were firm friends and the bird was now on my son’s head instead! This ability to endear himself to another, even when the two of them do not have a mutually compatible language is quite miraculous itself. He certainly doesn’t get this gift from his parents. I have no idea where it comes from.

My lad, very wisely it turned out, decided to spend some of his left-over birthday money on a digital camera he found in one of the shops just off the main square. I was dubious whether the quality would be any good but, as it turns out, I was wrong. And my son took some of the best shots of the holiday. He seems to have a natural eye for seeing things and has always been good at taking pictures. Although he is still working out all the functions available on the camera, he has already managed types of shots on his that I’ve never managed to do on our, more expensive camera. More magic. 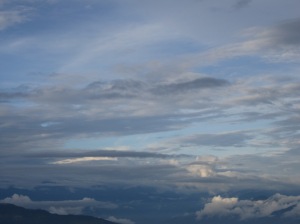 So, although I have one or two other posts to write about Darjeeling yet (including telling you more about Elizabeth at the Windamere), today all but a couple of the photos are by my son and I’ve written the post with those in mind. It seems that Darjeeling, in all the mystery of how it remains trapped in the past, also has the magical ability to send your children into the future. My son, though still very much my naive baby (and long may that continue) is also rapidly turning into a young man with skills I never had. It’s a delight for me to see and a privilege to be part of.

If you are looking for a holiday that’s a little bit different and full of magic, come to Darjeeling. I promise you that there is magic and mystery here for all. 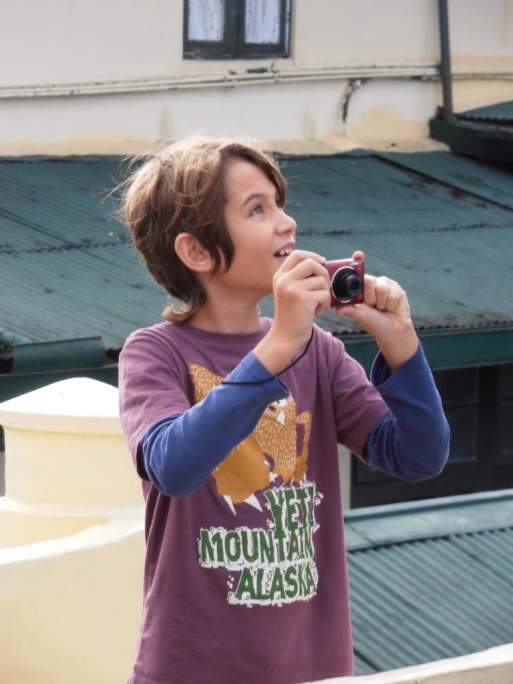