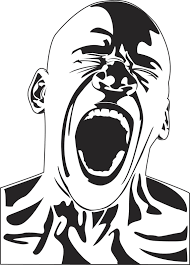 I’ve just been to hell and back; and I’m not convinced about the back part of that sentence. I now have some idea what POWs go through in torture camps. In fact, to my shock, I think I’ve discovered that I would, in fact, squeal on my own grandmother if it had been an option to get out of what I’ve just suffered for the last hour.

And I’ve discovered that you just can’t trust doctors nor, for that matter, can you trust your wife’s undying support through any adversity. They all turn on you eventually…

I should explain that the two doctors directly responsible for this revelation are, in reality, really lovely people – husband and wife actually – and good friends of ours (or were – it waits to be seen how I’ll feel about them in the morning) and very skilled doctors. Their commitment to LAMB hospital goes without saying and they have, on more than one occasion, both ended up in our house dealing with one of us in the family who happened to be very ill. Recently, that person has been me rather a lot.

Drs Nice & Smiley – IF they weren’t Asian and didn’t look completely different to this.

Let’s call him Dr Nice and her Dr Smiley because that describes them well and will lend itself to comic effect later, I think.

So why am I doing the dirty on my friends and, as it happens, close neighbours? Why am I about to pour scorn on the entire medical profession at the risk of causing outrage amongst my many wonderful and valued medical friends?

To answer that I must take you back in time…

You may recall that I have recently been sick with Typhoid. The same two doctors (described as ‘lovely’ above but possibly never again – I’ve seen their other side now) treated me through that time and did a good job, I have to say.

My recollection is that before the Typhoid really struck I walked into the first doctor’s office with the figure of an Adonis and a body that was super-fit. Really. Wifey would tell you different but she is biased of course. She would tell you my body shape is more akin to a coat hanger that has been bent out of shape.  She would tell you I’ve not touched those weights that have sat on our veranda for months (lies, all lies). She would point out I’m about 5 stone underweight. But I laugh at such trifling criticisms. 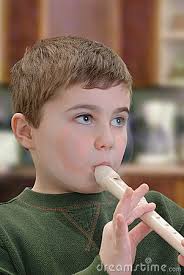 This IS legitimate exercise

It is obvious to anyone who is being objective about the matter that 5 minutes of practice on the recorder counts as the equivalent of at least 30 minutes of intense cardio-vascular exercise. It is a hard life being a musician and few appreciate it. I knew a 5’4” tall lady flute teacher who had to wear belts to keep her trousers up (she was that thin) who could kick in locked church doors with a single flick of her left foot just through her flute practice each day. Why she did this I never found out and dared not ask her but, there you go (she is probably reading this and may be able to answer). But I digress.

I came into that hospital in the peak of health, with a full head of hair and with the body of a  29 yr old (this is my story and I will move in and out of reality as I choose, deal with it). But alas, Typhoid did strike and I was left a shadow of  my former myself. I aged to 41, the hair thinned and greyed and the body lost muscle tone. Honest.

This picture of me was taken just before Typhoid struck. No, really…

In truth, the Typhoid really did knock me for six. Being ill was bad enough (it was not a pleasant experience) but weeks later and I’m still very tired and unable to do very much. Herein lies the root cause of the punishment dished out to me this afternoon.

In, Out, In, Out and Shake it All About

Having lost my Olympian physique but also having been discharged from hospital and being clear of fever, I took a few days rest and then began to test out going back to teaching at the school.

This proved to be a mistake.

Just the walk to school (no more than 100-150 metres, I would say) had me out of breath. The first lesson saw me stop midway to catch my breath because I just couldn’t talk any more. I had to go home in the afternoon and have my lessons covered.

I tried again at the end of the week and was more successful but it was a part-time day and I made several trips home for lunch, to mark work and so on. It was then that I really noticed that every time I walked anywhere I was getting chest pains as well as shortness of breath and this was happening when talking in classes too. I would become dizzy and need to lie down to recover.

That was enough for Wifey when I revealed that. The lovely Dr Smiley was summoned (or bellowed at as she was next door in her own home) and she had me rushed to the hospital for an ECG and Echocardiogram which Dr Nice took over doing. Nothing worrying was found but I was told I was doing too much and needed to take rest. It is important you remember that last sentence. It burns in my head now, I can assure you. You’ll see why (but not today).

In fact I’d heard it a lot recently. Unlike many writers, I am not particularly shy and tend to talk about everything a lot and loudly. Facebook was full of my various progresses and failures and so, equally, it was full of many wonderful friends giving me a right bloody mouthful about how I “need to rest”, “don’t do too much”, “listen to your body, you muppet”, “if you don’t rest now you’ll damage your body for good” and so on and so forth.

Along with this I had the glaring stares from Wifey who was, increasingly, getting more and more worried about me and obviously stressed – even to me and I ignore 90% of what she says (apparently, though I can’t say I’ve noticed). It built to a crescendo last weekend when I ended up in hospital again.

Friday night we were out at a social gathering at LAMB when suddenly I got the most awful stomach pains. The room span, I became very clammy indeed and I thought I was going to throw up. On the second wave of pains I told Wifey and we started to get me home. I nearly collapsed on the short 50 metre walk and Wifey told Thing I (my daughter for recent newcomers) to go back and get Dr Nice who was also at the gathering. Wifey got me home and I collapsed on the bed. A minute later and Dr Nice appeared.

I should have guessed what was going to come from that night but little old naive me didn’t have a clue.

Dr Nice thought it might be a small kidney stone passing and checked by having me sit up and slapping me on the back in the area, I think, of my kidneys.

“Does this hurt?” he asked.

You’re whacking me on the back for heaven’s sake – of course it flaming well hurts!

“Not too much,” I lied, trying to be helpful and also not look like a wuss.

Dr Nice wanted to check things out by doing tests the next day but when Wifey said I was still getting these chest pains he became very concerned.

“This is not typical of patients recovering from Typhoid,” he told us, “you shouldn’t be having these pains now.”

He promised he would do the various tests the next day to check everything but left the bombshell of his worry with Wifey while I continued to writhe in pain on the bed with another spasm. She gave me a Diclofenic tablet that made me Mayor of Zonk City in an instant, putting a smile on my face and I knew nothing until the morning.

Part II of this post continues tomorrow. See you there.