A Christmas Carol? Ghostly Tales for the Season – Part III

I hope you all enjoyed yesterday’s post and that some of you learned a little bit about Bangla life and culture in the process. Today we finally reach the incident which sparked off this whole mini-series in the first place. It happened just four days ago.

“What do you do when something you don’t believe in happens to you?”

You may have picked up that I am less than in awe of ghosts and the supernatural in general and may suppose from this that I am merely a rationalist who believes in scientific proof and requires evidence with all things. If you follow this blog, you may well have picked up that in my teaching life at LAMB I teach or have taught Science, Maths, Computer Studies, Bangladesh Studies and History. Overall, these are subjects that lend themselves to facts and evidence rather than supposition and hearsay.

Well, you would be right – to an extent – but wrong if you assume I have no belief system or that I have no experience of things supernatural and ‘occulty’. In fact, I have quite a lot of experience in these areas and I have seen and personally gone through some pretty weird stuff in my time.

It’s for this reason that I know that the majority of things said by those who believe in supernatural or divine happenings are talking nonsense. Not all of it, but most of it.

I am an amateur magician (very amateur – I rarely get the chance to practise) and I also love psychology (I even have some qualifications in the subject though I’ve never had the chance to teach it). The combination of these two has taught me that people are very easily deceived and remember things very differently to how they actually happen. Listening to someone I’ve just shown a trick to describe what I did to someone else is hilarious! I have no idea how I did what they usually describe; it certainly isn’t the trick I showed them!

My point is that I firmly believe that most of the ‘spooky’ and ‘ghostly’ things we hear of really do have rational explanations – proofs even! I still keep an open mind; I’m just cynical, that’s all.

Only one name has been changed to ‘protect the innocent’ here. Wifey, of course, retains her ‘real’ name. 😉

The Ghost of Christmas Future

I sat in bed reading from my laptop. Wifey was lying beside me beginning to drop off to sleep.

“Oh that’s interesting,” I said rather more out loud than I had intended.

Wifey murmured, sighed in resignation and then opened her eyes.

“What?” she said with more than just a hint of ‘I-was-just-going-to-sleep-thank-you-very-much’. I ignored the hint as usual.

“Well, it says here that Kate Middleton has got…” I struggled with the words, “…hyper…eme…sis…gravi…dar…um” .

“Right,” said Wifey. She didn’t know what that was either.

“I am guessing,” I said, trying to open the link to read more than just the headline I was looking at, “that the Duchess of Cambridge might just be pregnant with the next one in the line of heirs to the throne!”

“What?!” she said, I thought with excitement that the newest married Royal couple were having a baby, “but we already knew that!”

Now this is a normal situation for me. Wifey tells me some piece of news. I claim I didn’t know that and she then tells me yes I did I was there in the room at the time when So-and-So told us. I usually just nod sagely and say something witty like: ‘No I wasn’t’ or my favourite:  ‘Ah’.

“You must have! Everyone knew!”

I had the report up by now. Kate had an extreme form of Morning sickness and was in hospital being treated for it.

“Well, it seems like breaking news to me,” I replied, “let’s check Facebook and see if anyone is talking about it.”

Sure enough, on Facebook, the chatter was all on Will and Kate with congratulations messages for the ‘happy couple’ galore.

“That’s really strange – I would swear the news came out ages ago,” Wifey continued, “but it explains the strange conversation I had last week with Cheri.”

And Wifey proceeded to tell what happened.

Last week she had been down in Dhaka on business (helping out with yet another research paper) and one night was with her friend, Cheri, getting ready for the pair of them to go for a meal. The TV was on and Kate, the Duchess of Cambridge was on doing something or other but looking quite normal.

“It’s funny,” Wifey had said to Cheri, “she doesn’t look pregnant to me.”

Cheri had turned to her and said that this was because she wasn’t pregnant – at least not as far as Cheri was concerned. Wifey remained adamant that she absolutely knew that it had been announced some time ago that the Royal Couple were expecting. Wifey had thought it strange at the time but it wasn’t the first time she had a bizarre conversation with Cheri.

Wifey and I left it at that and went to sleep. Maybe there was some explanation. Perhaps everyone was just reacting to latest news of Kate being particularly poorly with Morning Sickness (she has my sympathies – I remember Wifey going through it, poor thing).

The next day though, the news had reached Bangladesh and it was announced on national TV that the Duchess was expecting. Wifey immediately got a text from Cheri:

So today its announced she is pregnant and is sick and in hospital you must have the gift of prophecy!

So how do you get around that? It is stretching it to think that ‘somehow’ Wifey picked up the ‘pregnancy vibes’ from a brief glimpse on the TV. And even if she did she would have been more likely to think that she looked pregnant and make a guess that it would soon happen rather than be completely convinced she already knew she was pregnant. We don’t even follow the family particularly; I am quite anti-royalist really.

Bonus Story – thanks to an Angel

Whilst Wifey’s brief glimpse of the future is spooky, it dawned on me that there is no actual ‘Ghost’ in this post. A friend on Facebook who used to be a student of mine reminded me of something that happened to Wifey and I many years ago which I told to my students at the time to freak them out (yeah, I’m that kind of a teacher). What follows is absolutely true and never explained.

I dedicate this story to that friend who reminded me whose name, fittingly, is Angel (no joke – I’ve not changed this name!)…

It happened back when Thing II was a baby. Our house in the UK has three storeys and the nursery was right at the top. We used a baby monitor so that we could hear him breathing and sleeping at night while we watched TV downstairs. I must have been fit in those days as we trotted up and down all those stairs. Thankfully, Thing II generally slept well – unlike his sister for two years before he arrived!

On night we were downstairs when we heard noises from the monitor. We turned the TV on mute so we could hear clearly if he was going to wake up but the noises stopped and we could hear from his deep breathing that Thing II was still very much fast asleep.

Suddenly we heard voices coming from the monitor. Someone was in his room.

Wifey and I turned to each other, a look of shock on both our faces. I was just about to get up and go take a look when we heard the most awful, terrible, human yet inhuman high pitched wail come from the monitor. It was not the sound of a baby. In fact, Thing II’s breathing continued on as normal, his sleep undisturbed but clearly separate to the wail.

I ran up those stairs as fast as I could and shot into the nursery. There was nothing there. No noise, no odd sound, nothing even that could be picked up from outside (not that there was anything outside – we live in desolate farmland in the UK). Just Thing II continuing to sleep as though nothing had happened. 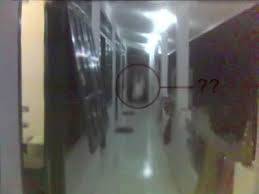 5 Responses to A Christmas Carol? Ghostly Tales for the Season – Part III