As I was thinking of a title for this post about my thoughts over the death, announced yesterday, of British Prime Minister, Margaret Thatcher, the song from Wizard of Oz popped into my head and I thought it appropriate. I did a quick research on the internet just to make sure I was quoting the words correctly and was shocked – yet not surprised – to find there is a Facebook campaign to make the song number one in the charts in ‘memory’ of Thatcher.

I won’t go into a full history of the woman or all she did – good and bad – here. There are plenty of blogs and websites that will give you that information much more accurately than I. I do want to highlight some of the things that touched in my life and the legacy she left as I see it.

Growing up in 70s Britain, Thatcher was the first Prime Minister I can remember. She took away our milk drinks at school. That was ok, no one died from that. But it was the sign of things to come. She did that even before she became PM.

Her stance on immigration paved the way for the National Front to gain popularity. I watched NF activists in my hometown of Coalville, beat the hell out of a black guy selling burgers in a stall and no one stopped them. I saw the only Indian/Bangladeshi restaurant in the town repeatedly smashed up by NF youths so that it never succeeded in opening up. More than 10 years later the restaurant “The Rose of Bengal” was still boarded up and looked derelict but I was informed that the family, who lost everything to that shop, still lived there in abject poverty.

Her policies resulted in 3.6 million unemployed – the highest figure in British history. You still hear the unemployed being referred to as “Maggie’s Millions” from time to time. My hometown was severely hit and depression hung in the air so thickly you could cut it with a knife wherever you went. A whole generation grew up believing themselves to be worthless.

She closed 150 coal mines across the country bringing the industry to a close after years of fights with Arthur Scargill and the trade unionists. My hometown again – remember its name? Sure enough, the pit closed. Looking back, I can’t believe how destitute the town was yet at the time I just took it for granted. It is little wonder the depressed lyrics of Pink Floyd were so popular at the time. “We don’t need no education” was the mantra of every angry young man – and there were so many angry young men back then.

The list goes on (I’m referring to a list I read on Facebook which has 42 points on it) but I just wanted to bring up the ones I remember. She did good things too but, if I am honest, it is difficult to quantify just what those things were. Some are things that would have happened anyway.

She was known as the ‘Iron Lady’ and this was for good reason. She didn’t budge, she didn’t compromise. “The lady’s not for turning” was a very famous expression of hers. Even then you either loved her or loathed her.

My mother admired her (my parents were always Conservative voters) and constantly pointed out she was one of the most admired women in the world. True. She was certainly a true ‘rags to riches’ story.

My Physics teacher would hear nothing of praise for her. He would allow no other opinion in the classroom other than she was “pure evil”. All other thoughts were banned he hated her that much. The schools were constantly on strike and some teachers were even on social benefits in order to survive. It was a dire situation for education that only just began to recover as I began classroom teaching myself in the late 90s. 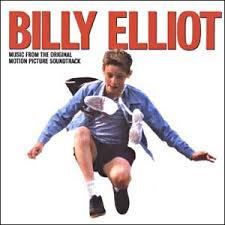 I finally watched the film ‘Billy Elliot’ last year (I know, I know – how could it have taken me so long?) but, unlike the majority of people who are adoring fans of the film I couldn’t be one. Not that the story and the music wasn’t wonderful. It was the setting, the background. Billy Elliot’s life was my life (sans dancing admittedly). I grew up in that and it was ugly, vicious and just about as depraved a history I hope the UK ever has to go through. There was nothing pleasantly nostalgic about the film for me. It was like reliving a nightmare.

May you rest in peace Mrs Thatcher, but may we all never need peace so much as we did after you were thrown out of Government. It took your own party to do what Labour and the rest of the country failed to be able to for eleven long years. I hope we never have to have that situation again.

16 Responses to Ding Dong! The Witch is dead: Thatcher’s legacy