If you are living in Asia and either work with children or have children of your own you’re in for a treat with a developing book series called The Magic Mirror. 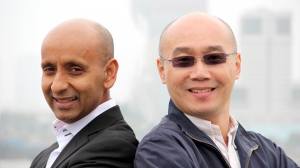 Nury Vittachi and Luther Tsai (known as the Egghead Twins to publishing wags thanks to both somewhat lacking hair follicles on their bonces) produced their first book in the series back in 2012 and it quickly sold out. The Tomb of Time is the third of what will be twelve books in all and it is, quite honestly, excellent.

Unfortunately, the books are only available to Asian countries as yet (feel free to put pressure on the publishers, Scholastic, to publish further afield too) and that’s a real shame for those of us in the West where world history really does continue to be a minor subject area. Children continue to learn reams about European and American history but little else of elsewhere and this really needs to change considering 60% of the world’s population lives in Asia and that the two largest populations (China and India) are now world leaders in every area of economy, art and science (or poised to be). If we truly want a global village, we need to introduce the next generation to their neighbours.

After working with English Medium Schools in Bangladesh, I’ve seen that the situation isn’t much better in Asia either. This is one of the reasons Vittachi and Tsai began writing the series in the first place. There are some great tales of Western explorers and discoverers which are well-known, but even more incredible true stories from Asia are unknown even among Asians themselves. These two authors want to change that.

The genius of the The Magic Mirror series is that the tales come across as pure magical fiction yet are based in solid historical fact. The premise is that two young siblings, Marko and Miranda, use their Grandpa’s Magic Mirror to travel through time and be a part of incredible historical events.

In The Tomb of Time the two young heroes travel to the time of an emperor who wants to live forever, bring clay people to life, have a huge city of the dead with ghosts who fire crossbows to prevent intruders and is advised by a wizard who needs 3000 young people to travel with him to find the potion on an island which will make the emperor’s wishes a reality. Magical fantasy?

All of the books have a section written by the authors at the end of the story explaining the facts behind the fiction. In this case all the above is true – the emperor was Qin Shi Huang and you can visit Xian, the region of China where he built his necropolis and see his famous army of clay soldiers. The wizard really did take thousands of young people away to an island but he never returned – in fact many historians think this was actually the founding of Japan.

And yes,  the Ghost brigade is true too – as is the magic mirror itself. Several exist in museums to this day. 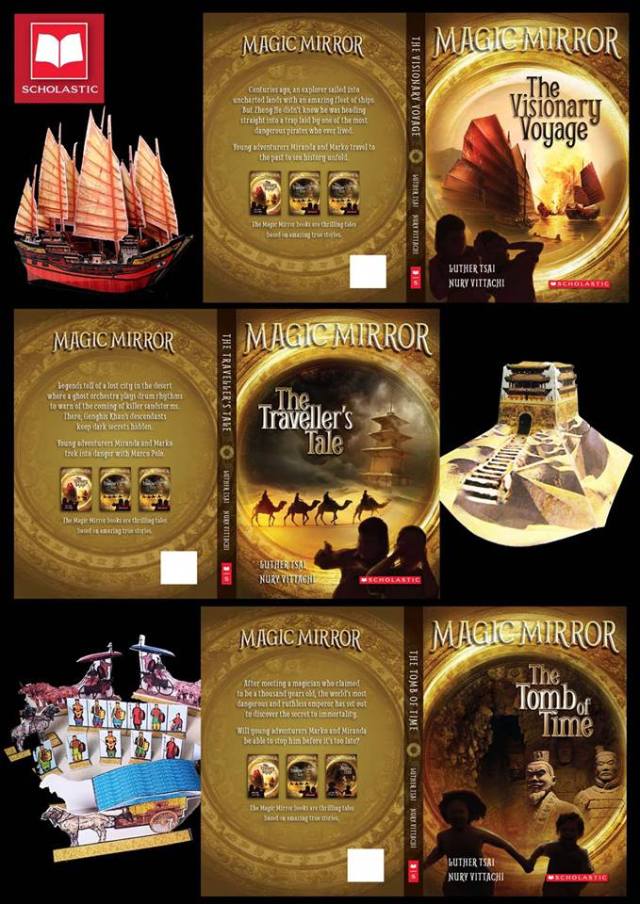 The books are easy to read as well as lots of fun making them great gifts for children or perfect for reading out loud at home and in the classroom. What’s more, each book comes with a great cut-out model to assemble which looks terrific – I’d buy the books simply for that alone!

I’ve known Nury Vittachi’s writing ever since I arrived in Bangladesh in 2008. His column in one of the newspapers there brought me great joy in those early days as I learned about Asian culture. He’s a funny guy and one who isn’t afraid to speak his mind and make a bit of a fool of himself for the enjoyment of his readers too. A genuinely nice guy who never fails to amuse or make you think (and often both at the same time), this book series is very much in his easy-going style and I simply can’t recommend it enough to those of you who lucky enough to obtain the books.

And if you can’t, you can find Vittachi’s writings in various other places on the web. Just google his name, take a pick and enjoy!