Catch-up before the year ends

Weeeelllll it has been far, far too long since last I wrote but that, dear readers, you can put down to me being way too busy rather than no longer caring about this place of mine. It’s been, on the whole, a good kind of busy. But first a recap of the year.

2015 has, in so many ways, been the worst and best of years. It started appallingly with the leftovers of a trauma which began in 2014 and got worse when our children were told in February that the school we’d travelled 5,000 miles from Bangladesh to join was going to close this July.

Somehow, I went from being upset parent to being on the campaign team trying to keep the school open. I knew from the beginning that it would be hopeless. The governors represented in small what I see from the Tory government here in the UK – inbred, self-congratulatory privileged set who have set themselves above others and made sure regulations can’t touch them – but still I enjoyed the ride of trying to move the beast and do what was right. There’s no doubt in my mind that the school was a Titanic which could have been steered away from the iceberg had the crew not been on the deck drinking champagne and telling themselves it had all been a jolly good show. There’s a new team being assembled now to try to resurrect the school in the future. I wish them well – but it’s too late for my children.

Things got better in March as our trauma came to an end but then the Black Dog hit me hard and I struggled immensely with depression. It took me until August to decide enough was enough and go cold turkey with the medication (which I haven’t touched since) and get myself back to who I really am. The Dog still appears from time to time but the worst it gets is to make me a little moody for a few days or get a bit stressed out when deadlines are looming. But then, as a deep thinker and big feeler, I’m not sure that’s any different to how I’ve always been – only I’m a little older, a little more weary of people and a little more susceptible to pain, perhaps. 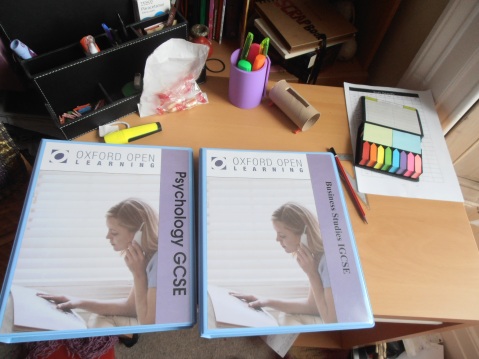 I’m still a glass -half-full kind of guy however and August saw me take a lot of proactive steps to get on my feet. My kids started homeschooling (more on this in a moment) and I spent quite a bit of time getting rid of relationships I’d made online over the years which were no longer healthy. Occasionally, those relationships came back renewed and back to health again but most were just trash which needed to be shunted out. At the same time, during the year, I’ve been blessed with the renewal of friendships which go way back (in one case, way, waaaay back) and which are truly very wonderful to have. It is good to know that, beyond my family who are always my constants, there’s two or three others I know have always got my back.

Which is just as well, because in the last few months I’ve seen several times how people you think you can rely on, you think respect you and hold you in the same regard you have for them, turn out to be…disappointing. In some cases it has meant either removing them from my life or waving them a happy goodbye as they walked away by themselves. I won’t chase such people, that’s for sure. In other cases, it’s a case of reassessing their worth. When you think you can trust someone and you then find you can’t, you don’t trust them again. I am ever the optimist and ever ready to make a new friend and trust them. But with few exceptions, I don’t make the mistake twice with the same person.

Perhaps one of the highlights of the latter part of the year has been joining a private group on Facebook mainly made up of British Asian Muslims. Having come in as a token white guy (my assumption, not theirs), I’ve quickly come to love hanging out these people and rather bizarrely got made an admin for the group. It’s no biggie in some ways but for me, living in a county where there are very few Asians and still mourning the loss of Bangladesh in my life, this has been a lifeline to me and I was stunned by the trust I was given. So if any of the ‘Creatures’ are reading this – thanks guys for the fun, for the friendship and for allowing me to be a part of your continuous virtual party! 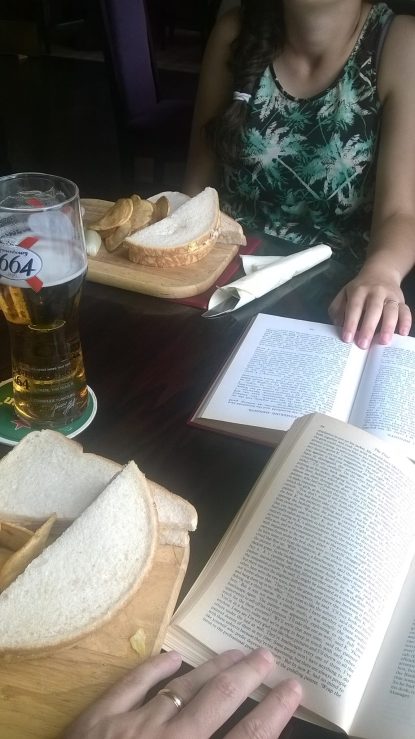 The great joy has been homeschooling Thing I and Thing II – something I never expected to be possible. The experiment may only last a year for Thing II as he’s a social creature like me and misses having friends around him all the time (I only survive self-employed working from home because of my online friendships and getting out to do the odd bit of teaching during the day – plus I’m older and more calm about such things), but he’s enjoying this kind of learning and doesn’t miss school one bit! We’ll see if he wants to carry on in September 2016.

For Thing I it was always going to be her kind of thing and she’s just about to take her first GCSE exam in January followed by half a dozen more next June. We’re even talking about starting her A levels early so can go to Sixth Form college in 2017 with one or even two already under her belt. Like me, my daughter has her eyes on too many qualifications all the time and I can’t help but encourage her in pursuing anything and everything which takes her fancy.

Me and the daughter having a boogie.

And finally…the writing. Boy, what a whirlwind that has been. I will do another post later this week on that but let’s just say that over the last six months business has taken off (so much so that I doubt I will be pitching to editors for the whole of next year at least) and it’s why posts on this blog have been few and far between. But be warned – there’s several to come over the next two weeks. I’m officially giving myself time off to enjoy a ‘school’ holiday with the kids, catch up on hundreds of blog posts I haven’t read, play on Facebook and write a few posts on here to make up for my absence.

Oh! and yeah…get ready for Christmas Day too I suppose… 😀

16 Responses to Catch-up before the year ends