My Family and the Indian subcontinent

Some time in 1937 Winifred Leonard went to a dance at the Dalhousie club in Calcutta, India with her fiancé. She came away though with his best friend Frederick Watt. I have no idea how this scandal went down in British Indian society but on Tuesday the 18th October 1938 at 4 pm they were married at St Patrick’s Church, Fort William in Calcutta.

They must have known each other before this as the paper cutting describing their wedding stated that “the marriage united the youngest children of two fast friends”. But then, Winifred lived at boarding school in Darjeeling as a child and even taught there herself for many years after graduating and, in 1936, returned to England with her mother for a short period; so they may not have crossed paths much or at all in their youth. Whatever, on the 25th October 1940, just over 2 years later, my mother was born.

My Grandparents on my mother’s side were both born in India. My grandfather – Frederick Watt – was born in Multan in November 1905. My Grandmother – Winifred Leonard was born in Campelpore in December 1908. Both their parents had joined the 1st Bn. Bedfordshire Regiment sometime before 1888. My grandfather joined the Calcutta police and used to patrol the Howrah bridge searching travellers to the city for contraband goods. My Grandmother was Sister PG (meaning she was one of 3 senior nurses earmarked for becoming matron one day) at the Presidential General Hospital.

During the hot summers the British had a habit of leaving the overcrowded city and head for the cooler north. Many would come to Darjeeling and enjoy the coolness of the Himalayan winds. My mother and her parents however, would veer east a little after crossing the Gangees and go to stay with friends in the Bengal Jungle. My mother recalls the place as being called “Ranchee” but I can find no trace of that name. Instead, I suspect that she, as a young child, misheard the pronunciation and actually went to Rajshahi which is in the right area.

If that is true, then my mother used to play in the Bengal jungle just a handful of miles away from where I and my family now live and work. I am the first person in our family to come here since my mother and grandparents left India in 1947 and when I visited Calcutta (or Kolkata as it is now) I was the first to trace my family’s footsteps. Everything was still there – Dalhousie,Fort William, the Howrah Bridge (now Rabindranath Bridge). In many ways, both in India and in the Bengal part now known as Bangladesh, not much has changed since those days.

I grew up with tales of India but never really took much notice or appreciated just what the adults around me were trying to say. It took living in Bangladesh for 3 years to finally begin to put together just what role the land has played in my life and that of my family’s. I didn’t understand why it was that, when we first came to visit, I found the place to be so naturally comfortable. I felt like I had come home despite never having been here before. When others were talking about how hard they find living there and how they missed their home, I found myself longing to live there. In 3 years since I have rarely missed the UK though there are many things about my birth land that I have come to cherish as a result of living in Bangladesh.

One thing I have learned from Bangladeshis is that family matters. Which is why, I am now tracing my roots and sharing what I find with you. 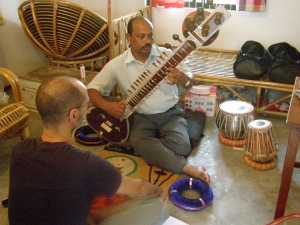 36 Responses to My Family and the Indian subcontinent